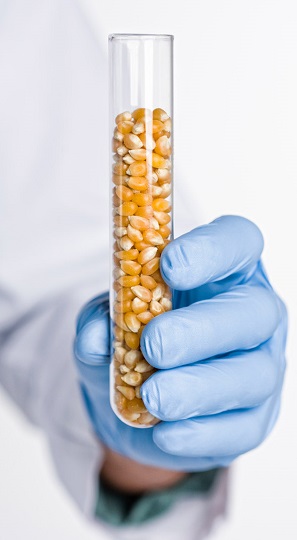 This is another hot topic that needs to get a little air-time. “Genetically modified food” just plain sounds scary. Remember the movie, “Soylent Green”? It conjures up all kinds of images including putting micro-chips under our skin so we can be more easily managed.

Who really knows what that crap is. Obviously, there hasn’t been a long enough time-line for testing of genetically modified food for us to know what kinds of cancers and birth defects they’re going to cause 20 years from now. Of course you and I want to know one thing: Do Those Weird Foods Cause Gout?

What IS Genetically Modified Food…Really?

A genetically engineered organism is one that’s had it’s genetic make-up altered using modern techniques of genetic engineering (duh). What that really means is that they take DNA molecules from different sources and combine them with other molecules to create a new set of genes. The best example is combining fish genes with tomatoes – which is a genetically modified food – so they will withstand colder temperatures and produce a larger yield in more adverse growing conditions.

Basically they’re just trying to produce a quality in a given food that didn’t exist before the genetic tampering began. Of course, like so many other things in the world, it’s all done in the name of humanity: we need to feed the World! Bullsh!t. It’s been proven that organic farming practices focusing on diversity can feed the world just as easily, with far more nutritive value of the foods.

Producing a higher yield at a lower cost just increases profits and that is the real name of the game. We’re all trying to make the best living we can but when the game gets so big the corporate mind seems to take over and it survives on one thing: profit.

Hey, Gout Killer…thanks for keeping up with me!! I am now drinking almost a gallon of water daily and eating the right things and have been gout free since we first started speaking…keep up the fight, you are doing a good thing!!
Sincerely,

What Should We Do About These FrankenFoods?

The FDA says these genetically modified foods are ok…and if you believe those wack-o’s you probably believe in the tooth fairy and the Easter bunny.

Here’s my point…why take the chance? There’s a reason it’s controversial. And what do most controversial topics come down to? Like I said before: money. We’re not getting paid to be the lab rats for this one.

The really fascinating thing that is only speculated about but seems to have logical merit, is the connection between Big Agriculture, Big Pharma, the AMA, and the Insurance Industry. There is obviously monetary motivation at each turn to come up with foods that are untested, not the highest quality, and of questionable nutritional value.

Because these genetically modified foods are all considered “foods”, and they basically look the same as the naturally grown ones, they have so far been able to sneak by with no governmental approval from the FDA, USDA, or the EPA. Because there is now more and more evidence linking GMOs with strange, usual and widespread health conditions that didn’t exist 50 years ago, new labeling laws are now finding their way into legislation.

What does this have to do with gout? Well, like I was talking about on my “the environment” page, getting gout has a lot more to do with the way we live our lives than just the food we eat. What kind of free radical damage are genetically modified foods causing? Exactly…they don’t know yet.

What will they find as time goes on? Will they link genetically modified foods and heart disease? GMOs and diabetes? Cancers, immune problems?