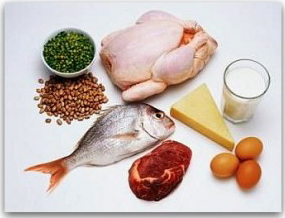 Purines are an integral part of understanding gout at a technical level. However, to successfully manage gout, a technical understanding of purines is not necessary. Nonetheless, the chemistry is fascinating when you get deeper into it.

In an attempt to explain the question, “what is gout”, and to satisfy my own curiosity about purines and their role in the incidence of gout, I studied it and paraphrased it here. I am covering this in an elementary way to help clarify this mystery of purines for those struggling with gout.

To start, let’s look at how purines are found in our body, in simple terms.

There are two kinds of purines:

Gout cures that attempt to limit uric acid production by avoiding purine-rich foods, or by fooling the body with xanthine oxidase inhibitors like allopurinol, can only partially address the gout-causing purine issue in the body.

Really appreciate every thing you are doing in helping gout sufferers understand and treat there condition. Like yourself I to have gone through the mill with really painful gout attacks and watching gouty tophi lumps sprout up all over the place leading to the surgical removal of large gouty tophi lumps from my elbows. Despite becoming a vegetarian ten years ago meaning my protein and purine intake is pretty low I still suffer from (though not as severe ) gout attacks. The tophi lumps are returning in my elbows and I now cannot clench my fist completely on my left hand which is worrying. I stopped taking allopathic medicine i.e. allopurinol and diclofenac a few years ago opting for more natural treatments like apple cider vinegar and cherries , baking soda, etc . These I find are useful in treating the symptoms and halting the onset of a full gout attack. You have stated it is important to try to discover the causative factor and in my efforts to do this I have come to the conclusions that I may have a fungal problem and also that my kidneys are not filtering which is causing my lymphatic system to back up leading to high acidosis . I am to begin a program of herbs for the elimination of fungal growth and parasites, and a raw food and juice fast, to try and deal with the acidosis . I will let you know the results . Once again your website and YouTube sites are a real companion for me while I am on this path to beating this condition. Keep up the great work .

The most well-known of all gout causes is elevated levels of urate in the blood (3-7 mg/dl is normal). Hyperuricemia does not always result in an attack, but sometimes it can trigger the sodium urate crystals to deposit in various joints and tissues.

Uric acid and monosodium salt are only partially soluble. This is not usually a problem unless the urine is very acidic or has a high volume of calcium salts. These can combine and form stones in the kidneys or the bladder. High levels of urate in the blood can lead to gout.

Acute attacks are characterized by excruciating pain, and repeated attacks can lead to destruction of tissues and severe tophaceous deposits.

One approach for the treatment of gout is with the drug allopurinol, which is similar in chemical structure to hypoxanthine.

Of all the well-tolerated gout cures, Allopurinol is the most common. It is a “substrate” (a substance acted upon by an enzyme) for xanthine oxidase. The drug binds tightly with that enzyme and makes it unable to oxidize its normal substrate. Uric acid production is then lowered and xanthine and hypoxanthine levels in the blood rise. Because they are more soluble than urate they are less inclined to crystallize in the joints.

Both adenine and guanine are found in DNA and RNA, and hypoxanthine and xanthine are not part of the nucleic acids as they are being synthesized. However they are important intermediates in the synthesis and breakdown of the purine nucleotides.

Cytosine is found in both DNA and RNA and uracil is found only in RNA. Thymine is typically found in DNA and sometimes tRNA will contain some thymine as well as uracil.

However, pyrimidine catabolism does produce beta-alanine, and the end product of purine catabolism is uric acid, which serves as a scavenger of reactive oxygen species. (ROS)

Purine catabolism in people produces uric acid, but in other mammals it is the enzyme, urate oxidase, and the end product is excreted as the more soluble, allantoin. This enzyme is not produced in man, so urate is the end product. Primarily, uric acid is formed in the liver and then excreted by the kidney into the urine.

To truly understand, “what is gout” and how to treat it, the best way is to avoid excessive uric acid by maintaining strong kidney and liver health.

Remember!  Focusing on purines alone will not solve your gout problem.