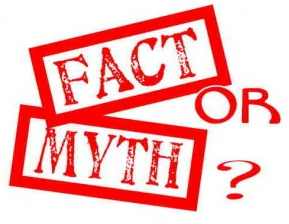 I couldn’t help it…

When you’re trying to figure out what the heck gout is and how you got it, there is a lot of crap out there about gout myths and I just can’t stand it anymore. Here’s this woman, Judith Allison, telling you and me all about gout myths…yeah right. Do you think she has ever had gout a day in her life? Not no, but HELL no. Anyway, she wrote this post on Yahoo! Voices and I felt I needed to set the record straight…

Let’s Have a Look at These So Called Gout Myths

(See my comments below in the bullets)

JA: It’s surprising how many myths there are out there about gout and just how persistent they are. Take a look at a few websites about gout and gout remedies and you’ll quickly find contradictory information, even from sites which enjoy a fairly good reputation. It can be hard to find a gout remedy online, and it’s not surprising that people are less well informed than ever about the disease, even in a time when more resources are available than ever before. Unfortunately, there’s a lot of misleading or just plain wrong information out there and it keeps getting passed along. Keep reading for the top 10 gout myths – and the truth about the disease.

Myth #1: Gout can always be cured.

JA: There are plenty of websites out there promising some sort of miraculous gout remedy , offering gout relief now – for a price, that is. However, in many cases, gout has a genetic component, since it is often caused by underlying hereditary conditions. Other illnesses which can trigger gout include kidney disease and lymphoma, among others. Obesity can also cause gout, as can some diuretics prescribed to patients with hypertension. If there’s any underlying cause, especially one which is hereditary in nature, gout can only be managed, not cured. That’s why it’s important to see your physician if you have gout – there could be another, more serious problem going on besides gout itself.

JA: As it happens, Colchicine, one of the most commonly prescribed gout medications, is a natural treatment. It’s derived from the autumn crocus (Colchicum autumnale) and in one form or another, it’s been used for millennia. Natural though it may be, it’s also toxic and can cause side effects including nausea, vomiting and diarrhea in many people – almost all people who take the drug at higher doses, in fact.

Actually, over half of the prescription drugs out there are naturally derived compounds, although that doesn’t necessarily mean that they’re safe. At the same time, they may be safer than some other “natural” gout remedy products on the market, since they’re regulated and monitored by the FDA (and equivalent agencies in other countries). Natural remedies can even make things worse when they’re not used with caution. For instance, taking vitamin C can lower your levels of uric acid, which can reduce the frequency and severity of gout attacks. However, taking too much vitamin C increases your risk of developing kidney stones and if you suddenly begin taking high doses of vitamin C, you may actually experience more episodes of gout.

Yes, prescription drugs for gout can be dangerous when used improperly, but when they’re taken as directed, they’re generally safe and effective. Many drugs can provide relief from gout relatively quickly – and if you effectively manage your levels of uric acid (since hyperuricemia causes gout), you don’t need to suffer from gout in the first place.

JA: Medications which lower uric acid can actually increase the frequency of attacks in the short term, but over a period of six months to a year, they can completely stop them. One mistake a lot of gout sufferers make is to stop taking their medication when they don’t receive relief from their symptoms right away. Sudden changes in your uric acid levels (even if this is a decline rather than an increase) can trigger gout attacks.

It’s also true that many physicians don’t prescribe the right dosages of uric acid lowering drugs and don’t prescribe additional medication to prevent attacks. If you’re beginning to take uric acid lowering medication, start at a low dose and gradually increase your dosage over several weeks rather than starting suddenly – the same rule applies to when you’re ceasing to take these medications. You should also ask your doctor to give you medication to prevent attacks during the first six months to a year of treatment.

Myth #4: If you avoid seafood and beer, you’ll stop having gout attacks

JA: The most persistent myths about gout tend to center on diet. However, there is a kernel of truth to these myths, since both beer and seafood can increase levels of uric acid – although avoiding these foods (or sticking to a low purine diet) will reduce the frequency of attacks, not completely eliminate them. Again, many cases of gout have an underlying cause and can’t be cured by diet alone.

Hi Bert, it is not I that suffers from gout, it is my husband. We have not as yet made it a priority at this stage, hoping we will make time go through the information together. I have had a read through your book,very good info, already using Bragg apple cider vinegar and addressing his diet. Our diet has been the main priority over the last few years. Thank’s so much Burt, will be in touch on how we go. Cheers Lorraine.

Myth #5: Avoid all alcoholic beverages if you have gout

JA: There is a little truth here. We already know that beer can cause a spike in uric acid levels and honestly, you shouldn’t drink beer if you have gout. Distilled spirits slightly increase the risk of gout, but not nearly as much as beer does. However, wine can actually help decrease your risk in small amounts; one glass per day slightly decreases your risk, although this effect disappears with two glasses daily. If you want to drink while you have gout, wine is the way to go, but limit yourself to one or two glasses per day.

JA: This is not only wrong, but a potentially dangerous myth. When left untreated or treated improperly, gout can be a very severe, disabling and disfiguring disease. Regular attacks of gout can damage and eventually destroy the affected joints and severe uric acid crystal formations called tophus can be disfiguring – and when they form on or in the heart, can be fatal.

Hyperuricemia, the underlying cause of gout, is strongly correlated with severe underlying conditions including heart disease, kidney disease, liver disease, hypertension, diabetes and obesity; all of which can be fatal. Gout might not always be a life threatening condition, but it can be and should always be treated with the seriousness it deserves.

Myth #7: Your weight doesn’t have anything to do with your gout

JA: This is completely wrong. Being overweight or obese is strongly related to hyperuricemia and consequently, gout. One of the best things you can do to prevent or treat gout (and improve your overall health) is to lose weight. We all know that it’s not healthy to be overweight, but if you’re already overweight or obese and have gout, you’re at a very high risk of some of the serious illnesses we’ve mentioned earlier. One of the best forms of gout relief remedy is to lose weight and exercise regularly – and it will significantly lower your risk of other diseases as well.

Myth#8: There’s nothing to do for a gout attack except to wait for it to subside

JA: If you act right away, you can stop an attack of gout in as little as an hour. All you need to do is to take prescription NSAIDs (non-steroidal anti-inflammatory drugs) as soon as you experience any symptoms of an attack. If you can’t take NSAIDs due to another medical condition, then there are other options such as ACTH and corticosteroids; but you should avoid taking colchicine if possible.

JA: Totally wrong – gout is actually one of the most studied and best understood of all common diseases. The causes and progression of the diseases are well known; but little research has been done on gout since the 1980s. Since then, physicians have made the treatment of gout a low priority and many doctors (as many as 78% according to a recent study) don’t know how to properly manage gout.

Fortunately, there has recently been a revival in gout research and the development of new gout relief remedy medications to more effectively manage and treat this painful and potentially dangerous illness.

What we really need, is to not be in the grip of big industry – Big Ag, Big Pharma, the AMA, and Big Insurance are all in cahoots. Eat real food, take responsibility for your health…and your gout.

How To Use Colchicum To Relieve Gout Pain

Gout - A Disease Of The Excretory System?