The role of sleep apnea in the development of gout, and conversely, the role of gout in the development of sleep apnea, is often misunderstood or overlooked.  For years, both conditions were believed to be mutually exclusive from one another, where one did not influence the other.  However, recent research has started to make significant connections between the presence of gout and the presence of sleep apnea; more and more it appears that where there is one, the other condition isn’t far behind. 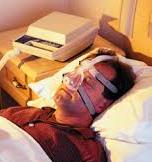 Looking at gout and sleep apnea, it is quickly apparent that both are serious health conditions for their own separate reasons. Gout for the painful inflammation and attacks; while sleep apnea can lead to a series of potentially life-threatening conditions, including heart disease, high blood pressure, kidney disease, liver conditions and stroke.  Interestingly, both sleep apnea and gout are commonly listed as a cause of, or a result of heart disease, metabolic syndrome, and kidney disease.

This article takes a look at the specifics of sleep apnea, including details of how the condition is related to gout.

According to the Mayo Clinic, sleep apnea is a serious sleep disorder that results in the repeated stopping and starting of breathing during sleep; indications of sleep apnea include excessive snoring and day-time fatigue after a full night’s sleep.  While there are different forms of sleep apnea, they all result from the brain’s impaired ability during sleep to send the proper signals to the muscles that control breathing during sleep.  The American Sleep Association estimates that over 12 million Americans suffer from sleep apnea, with at least half being overweight.  Sleep apnea affects twice as many men than women, and is increasingly common in people over the age of 65.

Bert, I know all about sleep apnea having been diagnosed in 1998.  I have used a CPAP since then, its a nuisance but very effective.  Thank God I haven’t had a gout attack for a very long time, since we were first in touch.  Keep up the good work.

The Danger of Sleep Apnea

It is common for people with sleep apnea to stop breathing during sleep for periods of 10 to 20 seconds at a time; it is also common for these pauses to occur 20 to 30 times per hour during sleep.  These repeated lulls in breathing result in significant drops in the amount of oxygen in the blood, which has been linked to increased risk of heart attack, diabetes, and high blood pressure.  It is this decrease in blood-oxygen levels that is believed to contribute to the increase in gout in people suffering from sleep apnea.

Research conducted by Hasday and Grum (1987) was the first to demonstrate a direct relationship between decreased blood-oxygen levels resulting from sleep apnea and an increase in the amount of uric acid produced overnight; several studies have since replicated these findings.  Wiener and Shankar (2012) examined the 2005–08 National Health and Nutrition Examination survey’s sleep variables and high uric acid levels in 6491 participants. Wiener and Shankar concluded that snoring more than 5 nights per week was correlated with high levels of uric acid in the blood. The results of their study indicate a positive relationship between symptoms of sleep apnea high levels uric acid.

The most common and accepted treatment for sleep apnea is sleeping with “the mask” that provides continuous positive airway pressure (CPAP); for many this is an uncomfortable and embarrassing way to treat sleep apnea.  Fortunately, new alternative methods of sleep apnea treatment are demonstrating to be effective in preventing the condition and the harmful effects sleep apnea has on uric acid levels in the blood.  In addition to losing weight and regular exercise, acupuncture has proven to be a viable treatment option for sleep apnea (Freire, 2010).  While further research is needed, initial indications are that the herbs passionflower and valerian are effective in treating sleep apnea.

Freire, AO. Immediate effect of acupuncture on the sleep pattern of patients with obstructive sleep