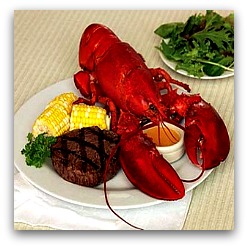 Foods rich in purines have been a big topic for me lately for two reasons: 1) it seems like the medical community focuses only on high uric acid levels caused by foods rich in purines, and 2) purine rich foods are definitely part of the game of killin’ gout…but not the whole game.

Uric acid crystallizing in the joints is actually what causes the swelling, heat, redness, and PAIN of a gout attack, but it’s not the only acid substance our bodies – more specifically our kidneys – have to manage.

What’s more is that if we became aware of ALL the different ways acid develops, accumulates, and functions in our bodies, then maybe we could do the right things that would give our kidneys a break…make sense? If we weren’t so busy creating a condition of acidosis in so many different ways, maybe our poor little kidneys (“kidney” in my case) would have more room, or capacity, to deal with the “uric” acid.

Anyway, this poor bloke, Frank Bruni, has joined the club. I can completely relate to what happened to this guy because in my earlier days I worked in lots of restaurants at night so I could ski all day, eat “good” food, drink excellent wine, and meet girls. It all worked well but it probably didn’t help to avoid the glamorous life of gout I had to endure just to become The Gout Killer.

Anyway, more news for you, here’s a snippet of that article about how poor old Frank, the NYC restaurant critic showed up with gout:

For restaurant reviewers, are health risks at critical mass?

Bruni – despite his ferocious appetite – has since completely reformed his diet, severely decreasing his admittedly substantial alcohol intake and taking an extra lap in the bread basket instead of the jar of pâté.

“Pasta dishes are a godsend for an additional reason: they often incorporate some red meat, but not a crazy amount. So they let a meat lover like me get flavors he or she cherishes in a lower-risk way,” he writes. Since his diagnosis, Bruni notes he has not consumed more than 16 ounces of red meat in any one week. This is a stark contrast to his usual porterhouse for one; “a cruel joke” he says.

Bruni certainly doesn’t blame his career path, citing his uric acid levels were naturally on the high side even in his 20s. Gout was mentioned in his check-ups, but he says his doctors never exhorted him to remember it.

“It didn’t stick in mind as this looming threat. Only when I got the diagnosis did I remember: ‘Oh, yeah, this had been mentioned to me.’ They never said: ‘You have a predisposition to gout, so you should avoid x, y or z.’”

And for those who earn their living at the end of a fork, the notion of putting their health in jeopardy is something to chew on.

“I am, of course, nervous, and Frank’s news makes me a bit more nervous than before,” says Pete Wells, the current Times critic, who took over the job in early January.

Hey Bert, we love ya and appreciate your dedicated quest to give the suffering some relief and removing a lot of the fear, now i know I can really fight back, I don’t have to lay there and just take it anymore, THANKS JIMMY

We all really need to give Frank a round of applauds because, ya know, somebody had to do that job. Lets all send some good vibes Frank’s way and hope that the life of copious amounts alcohol and meal after meal of foods rich in purines don’t leave our man on the town with diabetes and a heart attack…which is what sort of happens next when you’ve got yourself going with gout.

All the haute cuisine and life in the city are a world apart from what I hope you had a chance to check out last week in the free premiere of Hungry For Change. We get a lot of programming and conditioning about eating really rich and fancy foods but that doesn’t mean they’re good for us…and it’s a drag learning it the hard way.

☆ Remember: Foods rich in purines don’t help the cause.