What Can Happen If Gout Is Not Treated?

Sometimes people ask me what can happen if gout is not treated.  The first thing that comes to my mind when they ask is, what do they mean by "treated"?  It is quite a project to understand what gout is, and then, what is the best thing to do about it. 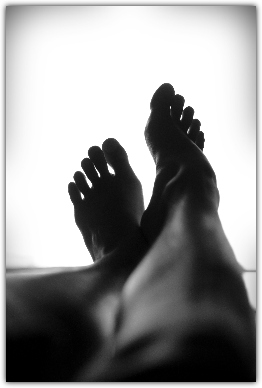 If you do a search about what can happen if gout is not treated, you will get two general answers:

...neither of which are anything to take lightly.

If gout is left untreated, it possible for the build up of urate crystals to cause erosion that leads to destruction of a joint.  Commonly, the most frequently attacked, (as you probably know) is the big toe joint, the metatarsophalangeal.

Tophi are very unsightly deposits of urate crystals that grow underneath the skin.  They can collect at almost any joint but seem to be most common on the fingers and toes.

A tophus looks like a white-ish lump of cottage cheese under the skin.  It starts small, but then slow grows unnoticed until it can become not only embarrassing to look at, but can start to protrude and become sore and irritated.

...if gout is not untreated, bad things will happen...

The whole purpose of this blog post is to help educate you about the seriousness of gout.  To help illistrate the point, Gout Killer Mark has offered to share his story.  Mark's story paints the picture of why you need to get on with taking gout more seriously, and start today to change the course of your future.  Please read his story below.

Thank you for all your emails and advice.  I refer to the correspondence we had from August last year and would like to continue telling you about my awful experience. I hope you can use it to tell other people to take very seriously as clearly I have not.

As mentioned below I eventually had gout surgery on my left foot to remove 3 tophi, as I could barely wear running shoes.  The tophi on my 4th toe had broken through the skin and the wound would not heal.

As I mentioned my gout was really bad so I had decided to have these tophi removed and get on a plan with the doctor, as well as use your diet and other advices to get my life back.

So I had the tophi removed in day surgery in March this year.  Yes as you mentioned it was pretty painful.  It seemed to be taking a bit longer than suggested to heal but I thought that was normal.  One part of the wound kept weeping a bit of uric acid but I thought it would heal slowly.

I had reduced my beer intake, improved my diet - neither to a great extent but it was a start - and got an Allipurinol etc plan from my rheumatologist.  I knew it may give me a gout attack at the start.  In May I started taking 100mg daily.  After 6 days I started getting a gout attack so I took all the usual pills to keep it at bay but it just got worse and worse even after doubling and tripling the intake of indocid, prednisone and colgout.  My foot just swelled and swelled and the wound was weeping more.  So after 3 days of suffering I went to the doctor who said my foot looked infected.  The next day I went to the emergency department at my local hospital where it was confirmed that I had an infection there.  Wow no wonder I felt so bad.

The hospital confirmed I had a massive golden staff infection and need urgent surgery and intravenous antibiotics.

Well, by tomorrow that was 3 weeks ago.  I have now had 5 surgeries to remove all the infection and uric acid build up in my foot and have been on a drip all this time. I now have a big hole in my foot where the gout had eaten away part of my foot.  I now require plastic surgery to fill the hole.  I am not sure how much longer I will be in hospital but it will be a long while before my foot is healed.  I hope my health fund covers most of this.

I know this is a bit gruesome but I just wanted to share this with you and any of your potential clients so that they will take this disease very seriously.  I almost lost my foot.  This is as low as I want to go so a big change is required.  I have to do it.

How do you want to "treat" your gout?

I am a certified nutritionist, not an MD.  I do not diagnose, prescribe, or treat anything.  Everything you read here is for informational purposes only.

Medical doctors "treat"...with the drugs and surgeries they prescribe.  I am here to inspire and motivate you to make adjustments to the way you go about your life, and apply discipline to create new habits.  We live and die (and get gout!) by our habits.  Your habits of the past are responsible for your current struggle with gout.  Trading those bad habits for good ones is your mission.

If you've looked at my Kill Your Gout NOW! ebook, it is all about getting you out of a gout attack.  But if you take the leap and buy it, I give you a greatly reduced discount on my Kill Your Gout FOR GOOD video program, which is ALL the how-to to change those gout causing habits.

"I hope you can use it (this email) to tell other people to take it (gout) very seriously...as clearly I have not."  #GOUT

Bottom-line:  If you're wondering what can happen if gout is not treated...don't wonder too long.  There is plenty you can be doing about it, and you need to get started today!

Down and Out with Gout…

Can I Use Essential Oils For Gout?