Marijuana has been used for many centuries as a medicinal plant, and is now being rediscovered as a potential remedy for gout pain. 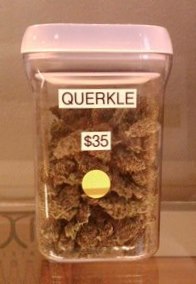 The two most prominent cannabinoids are:

Although scientific research has been limited due to legal obstacles, certain strains of cannabis are considered to be useful in mediating inflammation and arthritis, which indicates potential as a gout treatment:

Prior to the mid-1930’s cannabis was mostly unregulated in the United States, and thus was readily available either by purchasing or by growing the herb.  After that it became regulated as a drug – until recently.

However, U.S. federal laws still prohibit the sales and possession of all marijuana, medical or not.

If you live in Colorado, just take your photo ID to an MJ dispensary and bring your credit card.  You’ll be on your way!

If you live in a state where medical marijuana is legal, you will need to obtain a doctor’s prescription before heading down to the dispensary.

☆ Bottom Line:  Many people have experienced profound pain relief through the use of cannabis, including pain from inflammation and arthritis which are associated with gout pain.