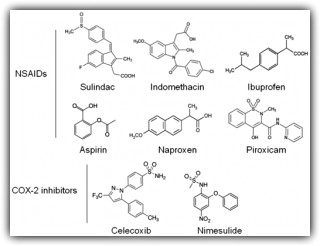 NSAIDs, or non-steroidal anti-inflammatory drugs, are used to reduce the inflammation that causes the pain and swelling of a gout attack. However, this gout treatment option can create serious side effects and should be taken only as a last resort.

Inflammation is created inside the body through a series of steps. NSAIDs work to reduce gout pain by interrupting one of the key steps in this inflammatory process. Specifically, NSAIDs inhibit (or prevent) the action of a certain enzyme called COX, which is necessary for the production of inflammation.

Cyclooxygenase (COX) is an enzyme in the body that performs numerous functions. Two types of COX enzymes exist, each with unique functions:

NSAIDs work by preventing the COX enzymes from functioning.

The “remedy” of BS and ACV worked immediately as you said it would. A steady diet of banana-blueberry smoothies, green tea and celery on Day 2 has kept the swelling down. Not sure what caused the flare up as we eat a lot of fresh fruit and vegetables, lean beef, chicken and fish, and moderate alcohol use. Your theory of too much acid, possibly caused by stress, makes sense. Will try lemon-infused water to make my body more alkaline – plus continue the bananas, celery and cherries. Other ideas welcome. The drugs the doctor prescribed were making me sick, so your remedy (other than the ACV ? was a welcome relief.

NSAIDs are either non-selective or selective.

The following NSAIDs inhibit the action of both COX-1 and COX-2 enzymes:

The following NSAIDs inhibit the action of only COX-2 enzymes:

Possible Side Effects of NSAIDs

The side effects of taking non-selective NSAIDs (which inhibit both COX-1 and COX-2 enzymes) can range from stomach upset to bleeding ulcers, in either the stomach or the intestines, or in both.

Both selective and non-selective NSAIDs have a detrimental effect on kidney health, and in certain cases can lead to kidney failure. For this reason, anyone with compromised renal function should not take any NSAIDs.

Because of its structural chemistry, aspirin can actually trigger a gout attack.

☆ Bottom Line:  To eliminate the pain of a gout attack, you must reduce the inflammation. NSAIDs can help, but should only be used after you have first tried natural anti-inflammatory options! 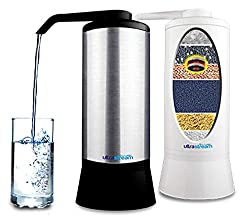